Compared to neighbouring Galicia and Asturias, football came late to Castile-León, but Ponferrada was a pioneer for the province and friendly matches were a regular feature on Saints Days from the early part of the twentieth century. Sociedad Deportiva Ponferradina was founded in June 1922 and the city’s famous Castillo de los Templarios, which features on the club’s emblem, provided the setting for its first matches. In September 1923, the club moved to the eastern edge of Ponferrada and its first purpose-built ground, the Campo de Santa Marta, which would remain their home for the next 52 years.

It took Ponferradina 20 years to reach the Tercera, and whilst the town was in the middle of a industrial boom thanks to the expanding coal and power industries, the club somewhat stagnated, spending practically all of the next 30 years in the Tercera. They did win the regional title on two occasions, 1957-58 & 1965-66, but lost out in the play-offs on both occasions. Santa Marta was a very basic ground and wasn’t fenced-off until 1942, when a small covered stand was also added. As the club’s debts mounted however, the ground was sold, and in 1975 they moved to the refurbished municipal stadium at Fuentesnuevas, several miles north west of the centre of town. The Campo de Marta was situated on the southern edge of the Parque El Plantio, between the modern-day Calle General Vives & Calle Monasterio de Carracedo. 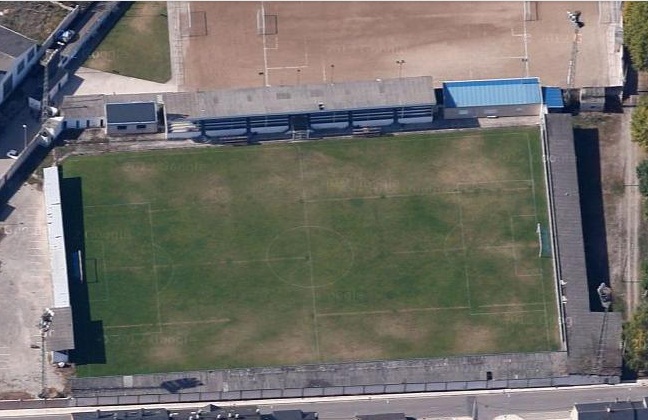 Fuentesnuevas – 36 years old and relatively unchanged
Ponferradina played its first match at Fuentesnuevas on 30 March 1975 against Gimnastic Arandina and won 3-0. The last full season at Santa Marta had resulted in relegation to the regional league, but as is often the case, the new surroundings galvanised the team and in 1976-77 they won promotion back to the Tercera. Over the next decade, the club’s performances greatly improved, with several top five finishes. Unfortunately, the play-offs proved their undoing and when promotion to the Segunda B was finally achieved in 1986-87 with a third Tercera title, restructuring of the leagues meant that the club did not have to navigate the play-offs. 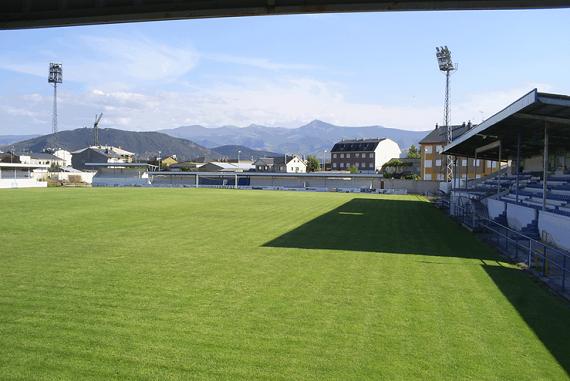 Fuentesnuevas – Home for 25 years
The stay in Segunda B lasted for seven seasons, with a fourth place finish in their debut season proving to be the highlight. The nineties were a tough time for the town with mass unemployment following the closure of the local coal mines. This had an economic impact on the club and following relegation back to the Tercera in 1994, it very nearly folded. A few seasons of consolidation followed, before a return to Segunda B was achieved in 1999. The 1999-00 season was to be the last at Fuentesnuevas, as the club mover to El Toralin, a new municipal stadium nearer to the centre of the town. Fuentesnuevas is still in use today and looks pretty much as it did when Ponferradina played their final match there in May 2000. It has a main stand that is 60 metres long with a propped roof. Basic roofs cover the shallow terraces on the remaining 3 sides of the ground, which has an overall capacity of 5,000.